Loneliness and anxiety seem to have occupied Yifan’s life. However, they bring artistic inspirations. This series are named “ONE” as Yifan believes Taoism. “The Tao produced One; One produced Two; Two produced Three; Three produced All things." One can be one, and it can also be everything. We all live only once, and we may be killed. However, we cannot be defeated as the end of ONE, is ETERNITY. 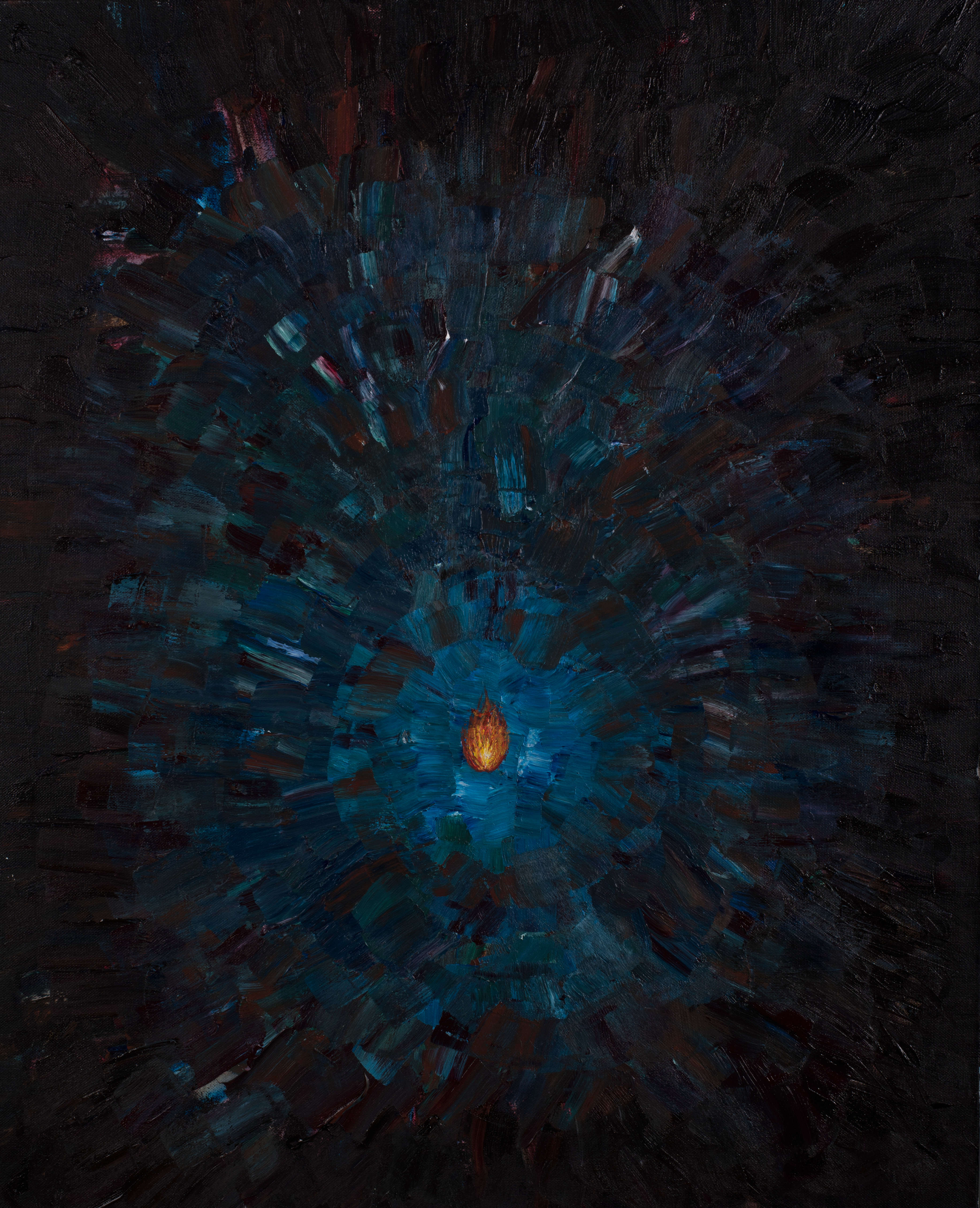 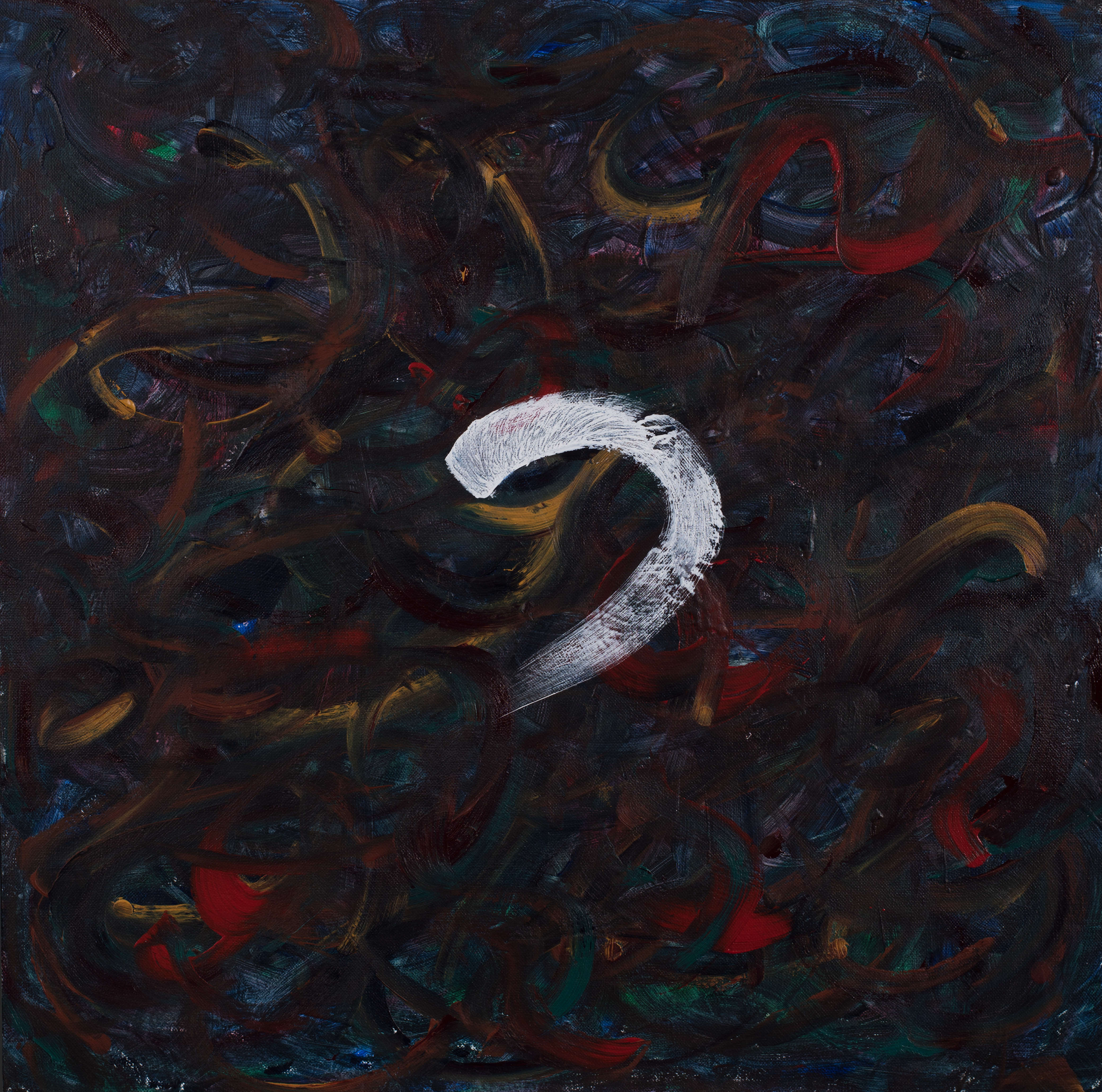 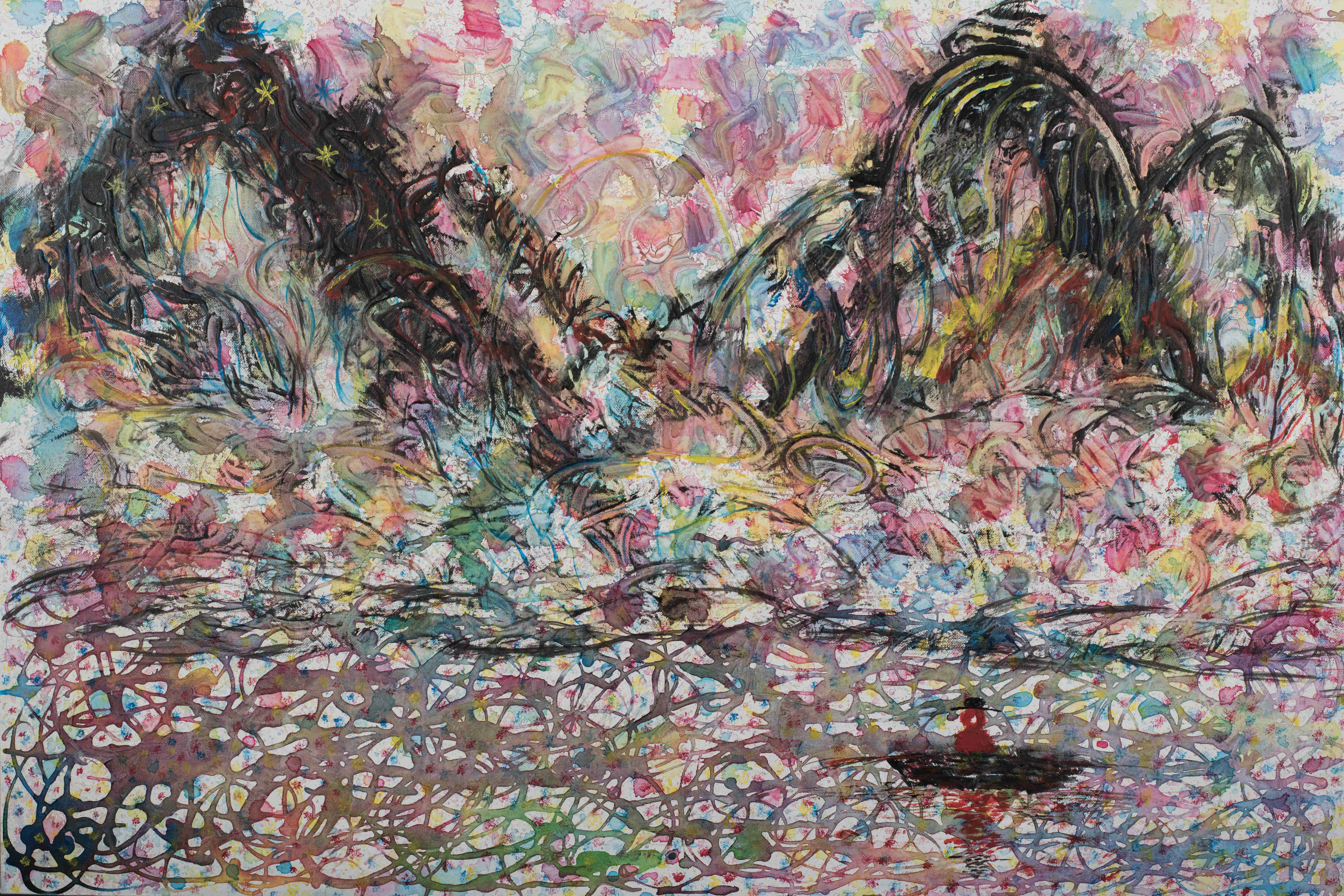 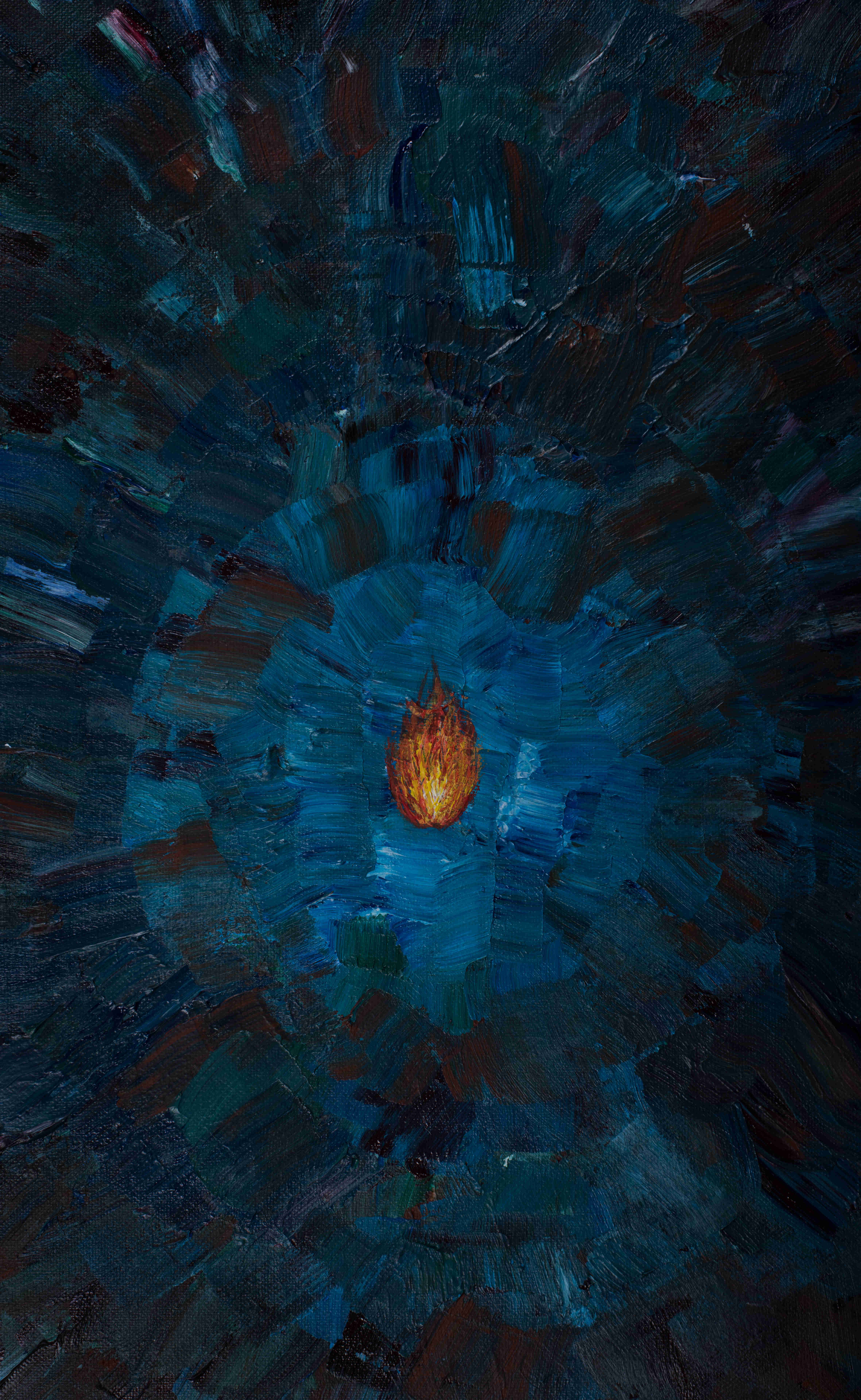 Loneliness seems to have occupied my life. I am able to live alone, but the feeling of loneliness is really something beyond my control. The most awful experience that loneliness brings to me is, ANXIETY. My mind is sometimes fully filled with worthless thoughts and imagination so that I could not fall asleep as normal or wake up with energy. However, it does bring me something positive — a countless number of artistic inspirations. It seems like I have found a way to express my loneliness and anxiety through a series of paintings. As a result, I did this series and named it as “One”. I mainly referenced abstract expressionism paintings in terms of genre. In order to make it expressive and meaningful, I also put my longing to a better future into the works. Because I am still making art, which means I am not going seriously insane, I do have some motivations and expectations for a better life. I believe, what does not kill me makes me stronger. This is true.

Number 1 of “One” series consists of a dark, gloomy, sticky and cold-tone background with a stand-alone flame in the heart of the background. Number 2 is a total mass of colour chaos on a 24x24 canvas, with a blob of titanium white right in the centre of the square. As for Number 3, I used gesso to prime the canvas first and made a little bit 3-dimensional embossment on it. Referenced by watercolour painting and Chinese ink-wash painting, I dripped, splashed and poured diluted acrylic paints onto the primed canvas. Then I painted abstract mountains in black and embellished the “water” part with colourful dots as well as the “mountain part” with colourful lines, which would help to enhance the layering and levels of the image. 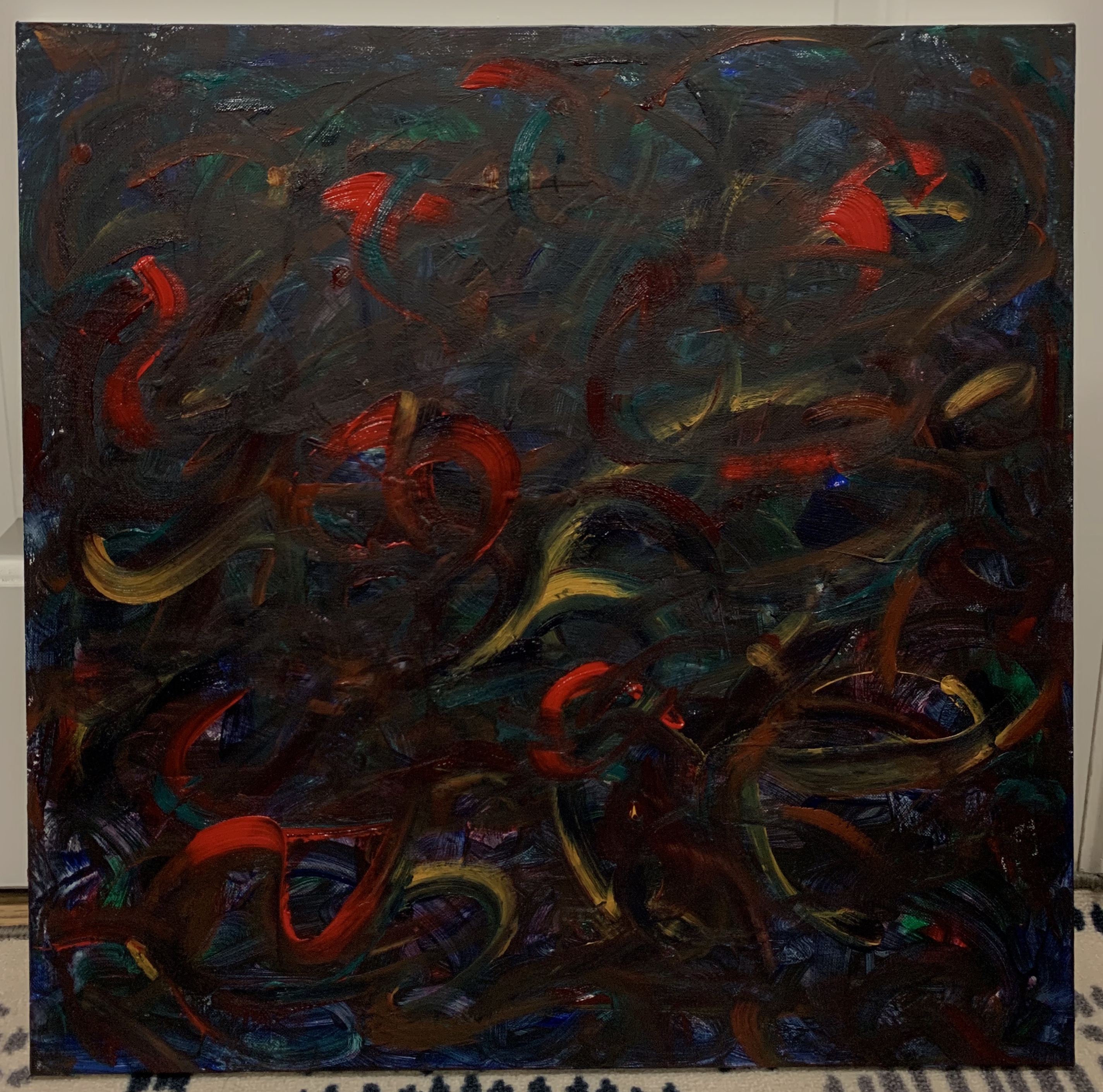 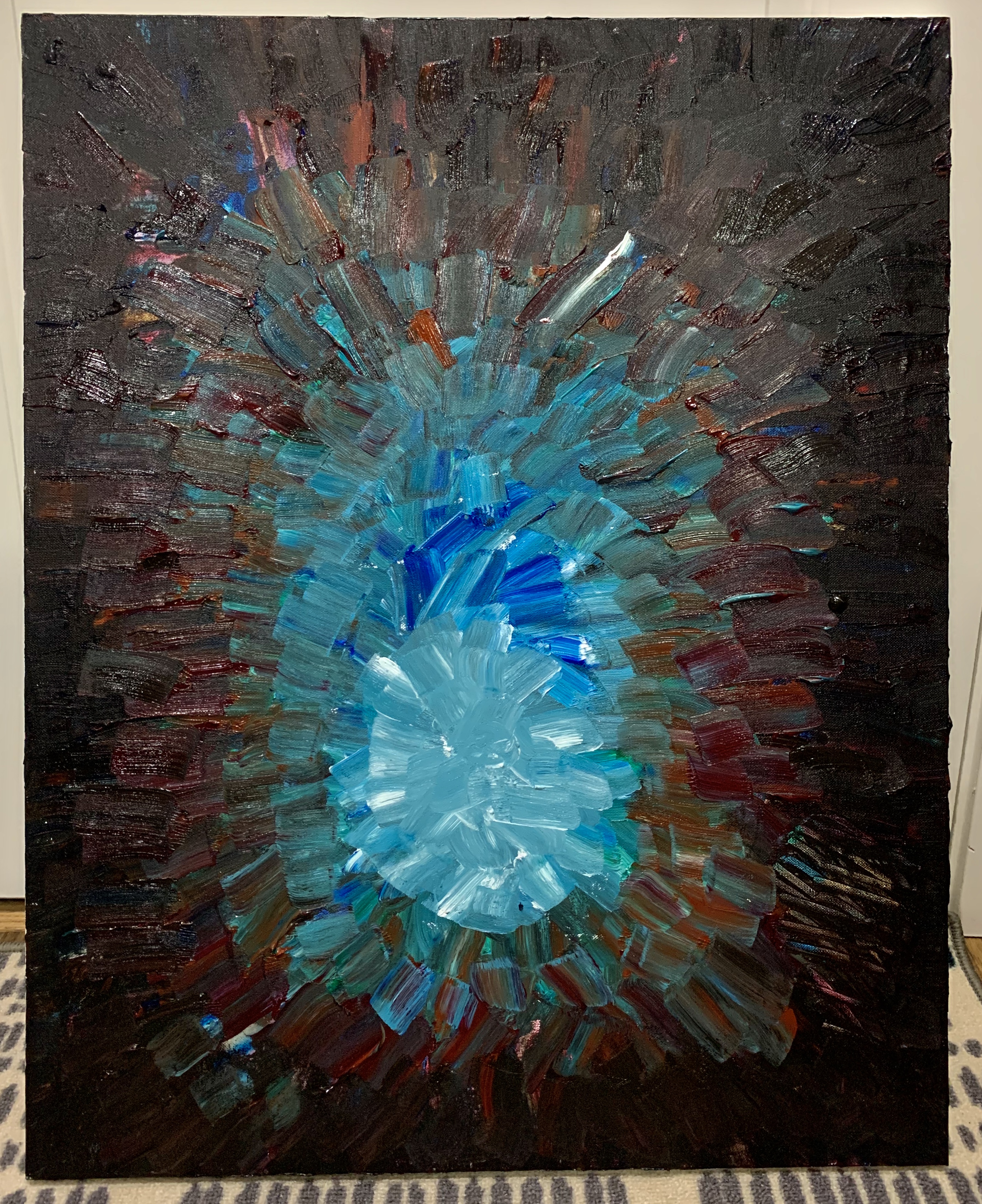 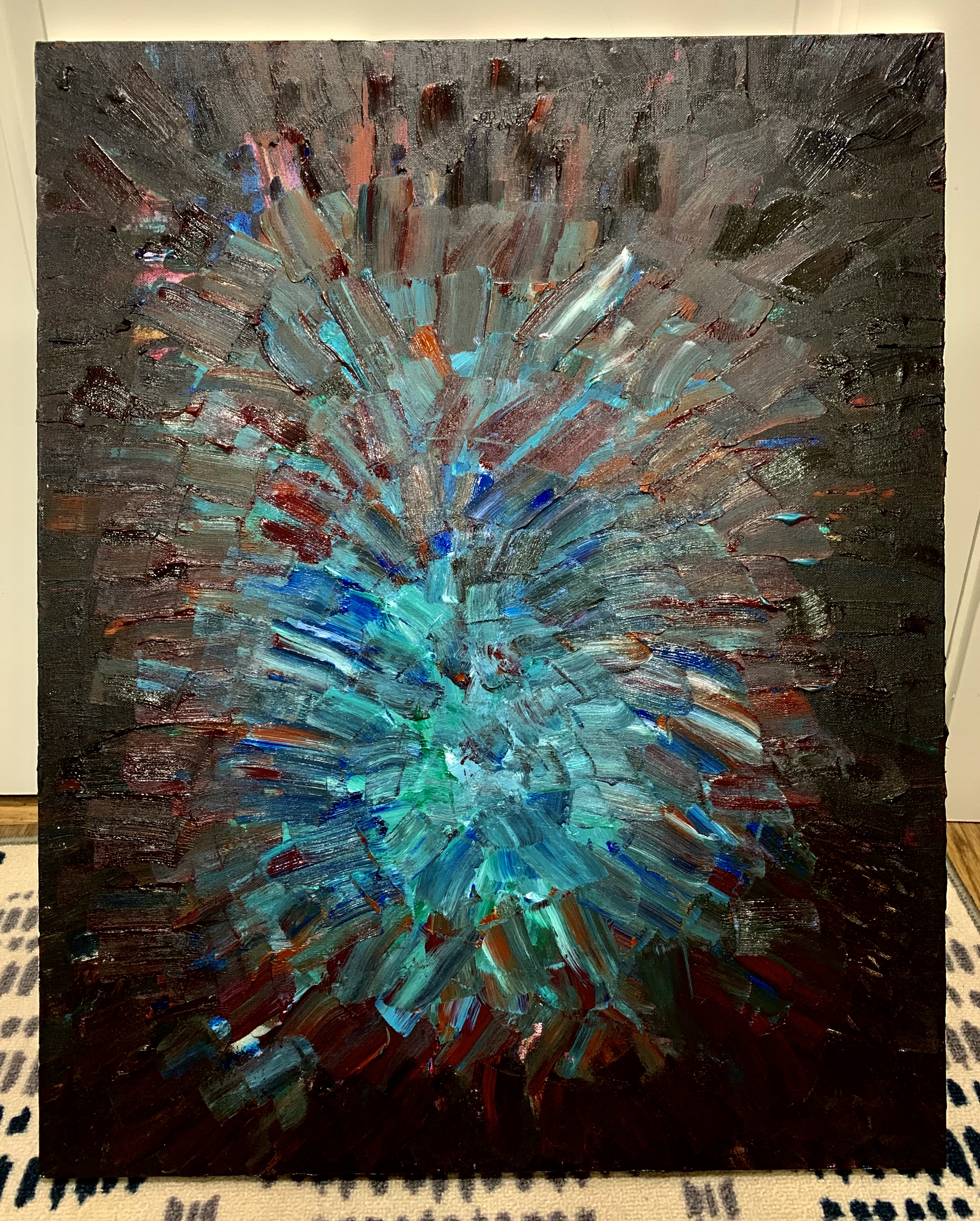 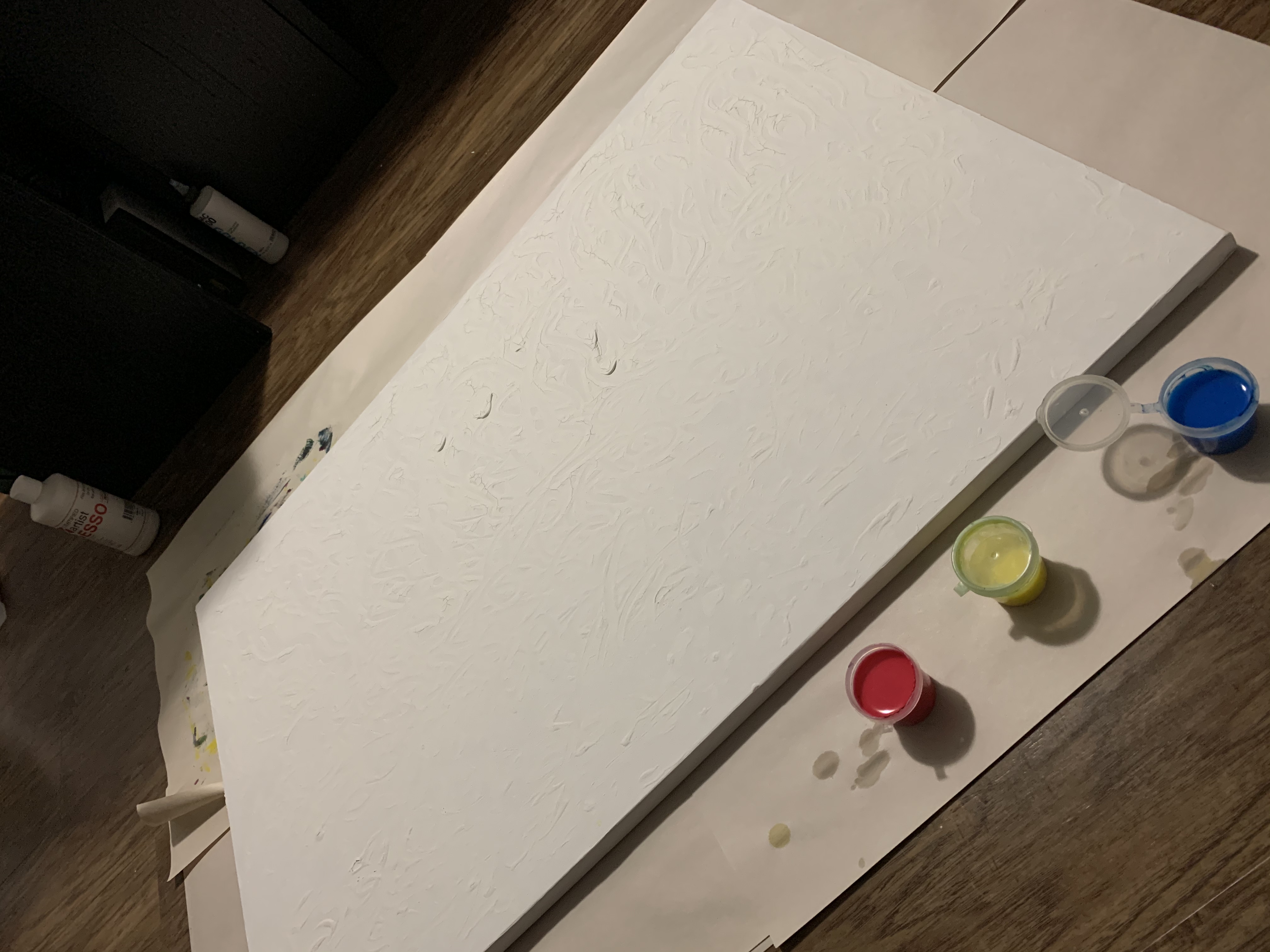 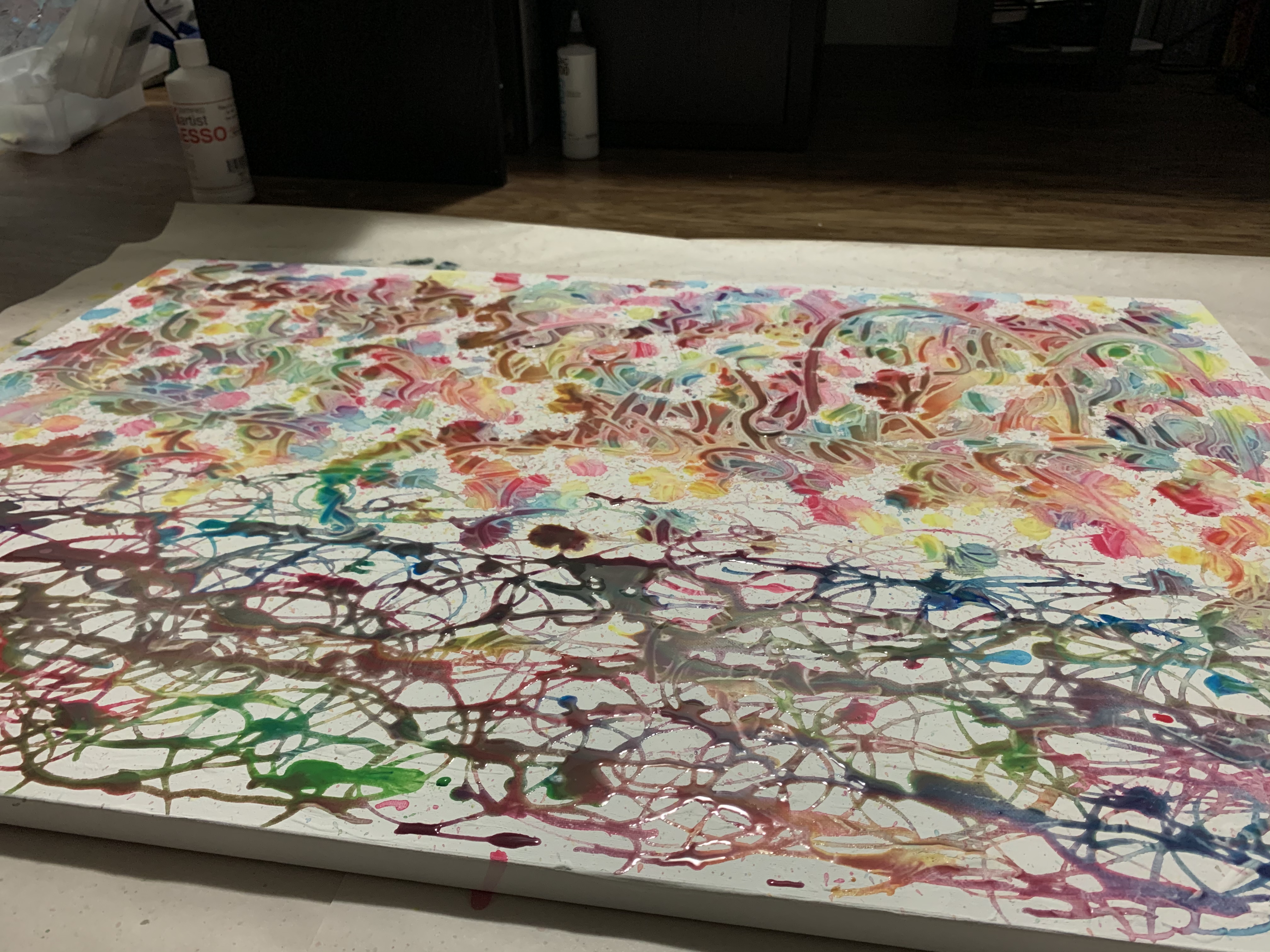